Meny
Results for the second quarter 2022 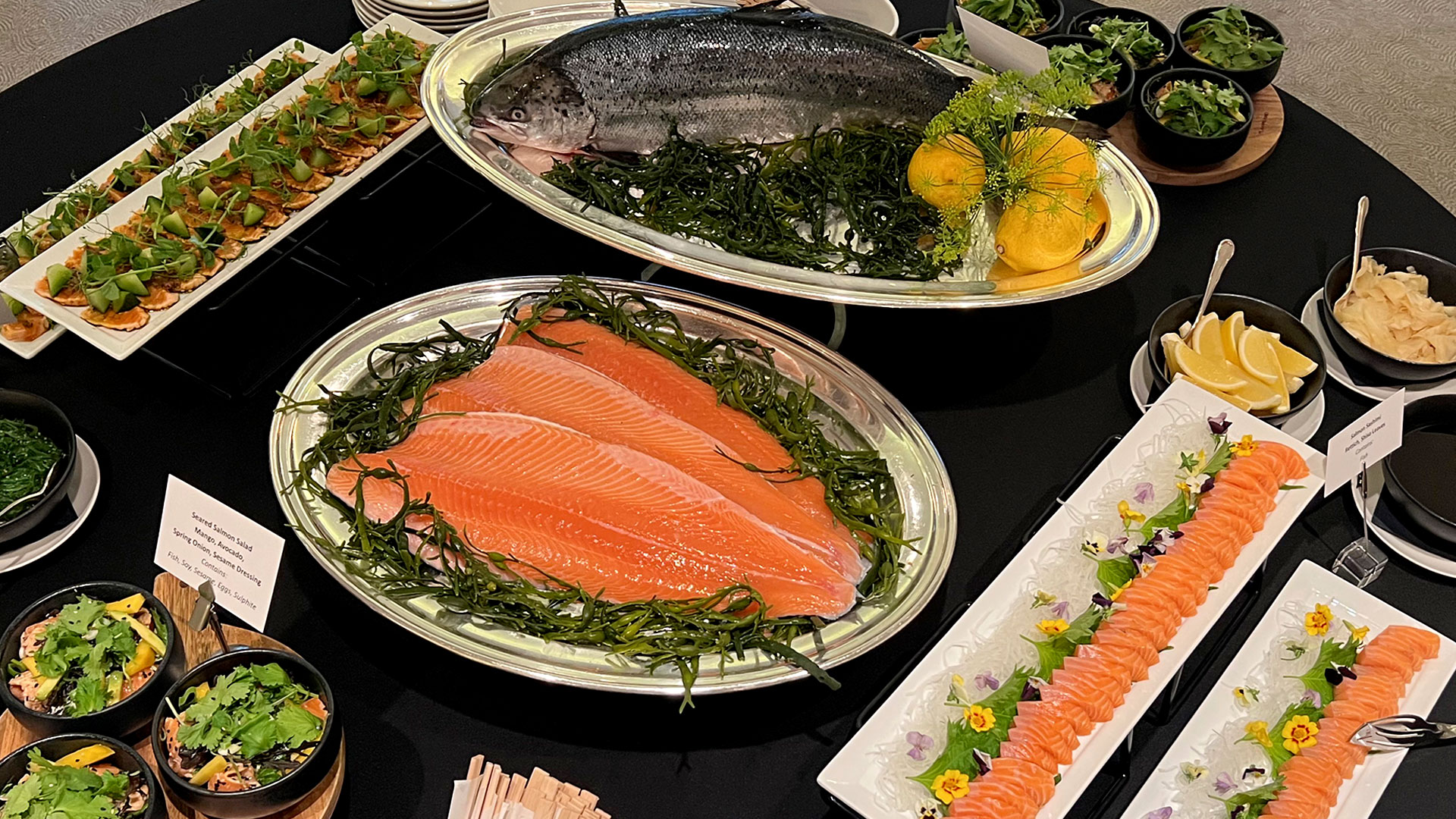 Highlights in the quarter

All buildings and structural facilities at Indre Harøy are now completed. The remaining construction works are mainly related to installation of equipment and piping as well as system integration. As per today, we are holding fish in two of the fish tanks. Over the coming months we will gradually put the remaining tanks into operation following the stocking of new smolt batches and transfer of existing batches into new tanks. We are currently seeing somewhat lower productivity on the construction site which we expect will push the final completion date from Q4 2022 to Q1 2023. We do however not expect any changes in the production plan at this time due to the built-in flexibility during the ramp-up phase.

Phase 1 capex during the second quarter amounted to 190 million. In addition, NOK 9.7m of internal G&A was capitalized. With phase 1 now nearing completion and remaining construction work focused on piping, equipment installation and system integration, the capex intensity is expected to come significantly down over the coming months. Following the expected change in final completion date from Q4 2022 to Q1 2023 as well as a lower productivity at the construction site, we now expect full phase 1 capex of about NOK 1,500 million compared to earlier estimate of NOK 1,400 million.

With first harvest now only a few months away, the Company has over the last quarters intensified its commercial focus. The Company has an agreement for slaughter services with Vikenco, one of the leading salmon processors in Norway. Vikenco is located only 10 km from Indre Harøy, facilitating cost effective logistics. Moreover, the agreement with Vikenco ensures that Salmon Evolution will benefit from industry scale slaughter costs from day one, rather than building internal slaughter capacity at a suboptimal scale. As part of the commercial strategy the Company is also working on how to position our product in the market, reflecting a perceived premium quality and alignment with our values.

During the quarter Salmon Evolution initiated a process with the aim of expanding its farming operations into North America and at the same time raising its production capacity target to 100,000 tonnes HOG by 2032, and the Company is currently evaluating selected identified potential production sites in North America. To facilitate this expansion, the Company has established a dedicated team of both in-house and external resources. Additionally, the Company is in the process of incorporating a US corporate structure under its full ownership.

Indre Harøy phase 2 preparations are continuing with focus so far centred around implementing the learnings from phase 1, identifying cost savings and scaling effects from phase 1, defining a cooperation model designed at further optimizing the project management and develop a cost budget for phase 2. The Company is currently seeing inflation pressure on parts of the project, in particular the parts with high raw material intensity. On the other hand, many raw material prices have come somewhat down over the last months, but there is still significant uncertainty, both in terms of how the market will develop and lead times with respect to the time needed for changes in the raw material prices to be passed through the value chain. The Company will continue to monitor the market situation closely, seek additional cost savings and revert with a final capex estimate in due course.

Following the first smolt release in late March, Salmon Evolution has now been operating the Indre Harøy facility for almost 5 months. Taking a facility of this magnitude into operation is a highly complex process involving a lot of tuning and adjustments in the beginning. Nevertheless, we have been able to maintain stable conditions and providing a good environment for our salmon not only to live, but also to thrive.

The Company is very pleased with the performance of the fish so far. During the first months of operations, we have seen growth rates and appetite well exceeding the targets set out in our production plan. Although we have not yet completed a full production cycle, this performance is a strong validation of our concept and a demonstration that our design throughput is realistic, which is critical for a capex intensive land-based farming operation, given the relatively higher share of fixed costs.

Furthermore, the Company is also pleased to see that the quality of the salmon looks very good, with firm meat texture, red and consistent meat colour and excellent salmon taste.

Over the coming months and quarters we will gradually ramp up production as the existing batches grow bigger while we at the same time include new batches and start utilizing the remaining parts of the facility. Preparations are already underway for the first harvest which is scheduled for the fourth quarter and the Company look forward to start supplying a record-high salmon market with our premium quality product.

The average Fish Pool salmon price was NOK 107.3/kg in Q2 2022 compared to NOK 63.3/kg in Q2 2021, representing an increase of 70% year over year. Looking at the forward prices for the remainder of 2022, this points to a full year 2022 salmon price of more than NOK 80/kg. In comparison the full year salmon price for 2021 was NOK 58.4/kg. The Company also notes that airfreight costs for in particular the Asian market has been at elevated levels following the pandemic and war in Ukraine, resulting substantially higher salmon prices locally, e.g. in South Korea.

Looking at 2022 most analysts now expect neutral or slightly negative global supply growth which should support a scenario with high salmon prices. Salmon Evolution sees a significant demand growth potential for salmon over the coming decade subject to the industry being able to grow the supply side. In this context the Company remains firm in its belief that land-based farming will need to play an important role alongside conventional farming.

Building on the experiences from our flagship facility at Indre Harøy, the ambition is to significantly grow the Company’s operations over the coming decade. As such, operations in overseas markets are a key pillar in our strategy, but always enabled by a strong operation in Norway.

As part of this strategy, Salmon Evolution launched an expansion plan into the North American market during the second quarter. Given the long lead times developing a land-based project, having a solid pipeline of quality projects is critical to the long-term value creation in Salmon Evolution. With eventually having a major farming operation on all the three major salmon consuming continents, Salmon Evolution is uniquely positioned to be the global leader within land-based salmon farming.

Participants may also follow the presentation and submit questions through a live webcast available on www.salmonevolution.no, or with the following link: https://events.webcast.no/viewer-registration/wrKUc8MG/register

The presentation and subsequent Q&A will be held in English.