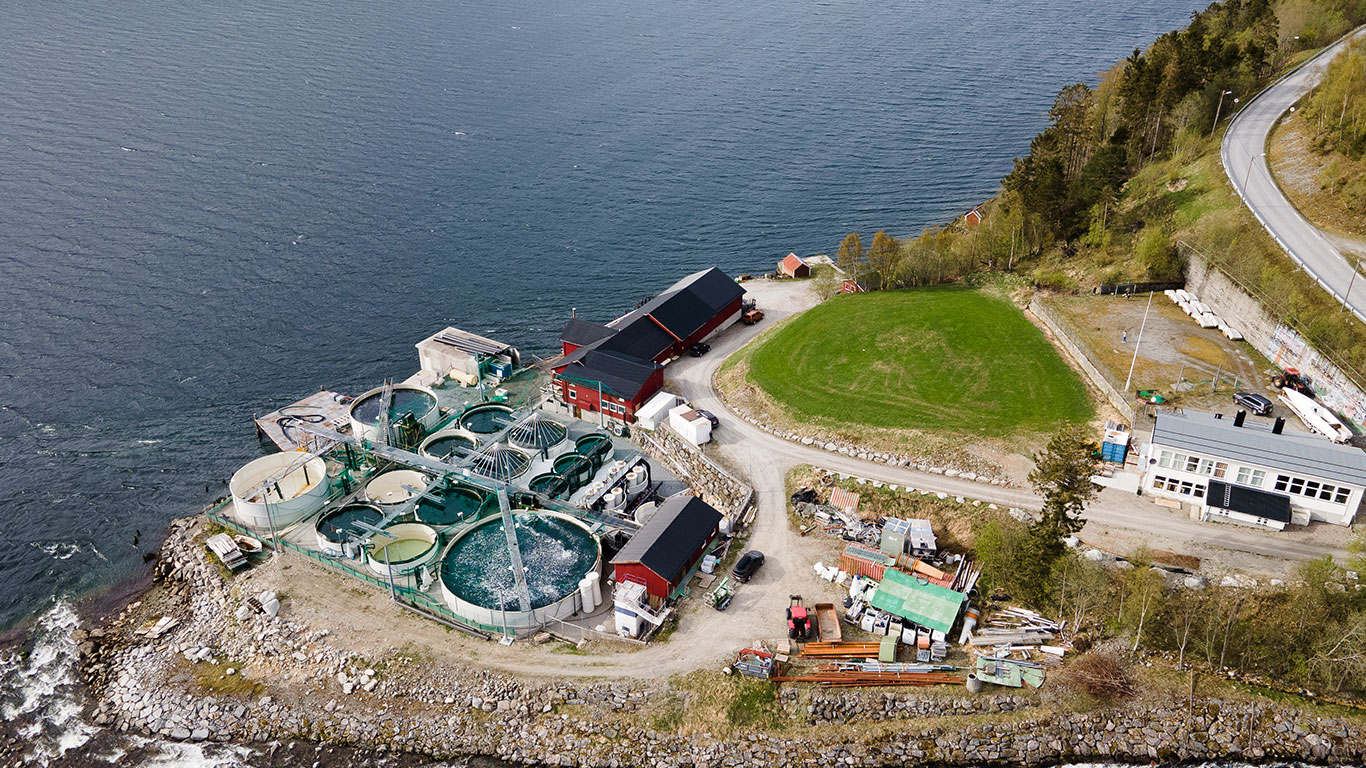 Salmon Evolution ASA is pleased to announce that it today has acquired 100% of the shares in Kraft Laks AS, a family owned smolt producer located in Dalsfjorden in Volda municipality.

Kraft Laks has a documented track record as a high quality smolt producer and the facility, under the selling family’s ownership, has been producing smolt since 1995. Over the last years, the majority of the smolt produced has been sold on a long-term contract to one of the major salmon farmers. The company has an annual production of around 1.8 million smolt, but has a license to produce up to 5 million smolt p.a., subject to certain conditions. The parties have identified significant expansion opportunities for the facility which, if realized, is expected to also cover Salmon Evolution’s smolt needs for at least phase 2 at Indre Harøy based on current plan.

One of the major advantages with Kraft Laks is its excellent freshwater supply. From 3 inlet stations (2 rivers), Kraft Laks has good access to clean freshwater from the surrounding mountains. Also, a royal resolution secures minimum freshwater supply from the local power station at all times. The solid freshwater access has enabled Kraft Laks to utilize a similar production technology as Salmon Evolution’s hybrid flow-through system (HFS) with reuse of water, CO2 stripping and oxygenation, making Kraft Laks a perfect fit for Salmon Evolution.

The purchase price for 100% of the shares in Kraft Laks is agreed to NOK 76.5 million, which is based on an enterprise value of NOK 70 million on a cash and debt free basis. Over the last 3 financial years, the company has had an annual average EBITDA of approx. NOK 10 million and annual average revenues of approx. NOK 28.5 million. The purchase price is payable as follows:

The cash part will be paid from existing available funds. The Issue Shares are expected to be issued shortly. Upon completion of the issue of the Issue Shares, Salomon Evolution will have a share capital of NOK 15,262,755.75 consisting of 305,255,115 shares, each with a par value of NOK 0.05.

“The acquisition of Kraft Laks is the result of a thorough process where Salmon Evolution has evaluated a number of alternatives with respect to sourcing of smolt. The Company is confident that acquiring an existing operation with documented track record has a significant risk mitigating effect. It also gives us flexibility with regards to our production plan at Indre Harøy and finally it does so in a cost and capex effective manner”.

“In Salmon Evolution we have found a partner that share our philosophy when it comes to salmon farming. For me it is a great privilege to join the Salmon Evolution team as continued general manager of Kraft Laks and for us as a family we also look forward to take part in Salmon Evolution’s exciting journey as shareholders”.

Currently, Kraft Laks is fully stocked with smolt to cover its existing customer contract. The existing inventory is also aligned to cover Salmon Evolution’s expected smolt needs from and including the first smolt release at Indre Harøy planned in March 2022 based on the current plan.