Regional and international entrenchment and industry-based expertise characterise our directors. Their common denominator and driving force is a belief in farming salmon sustainably on land, based on the board’s overall expertise and the choice of the right technology. 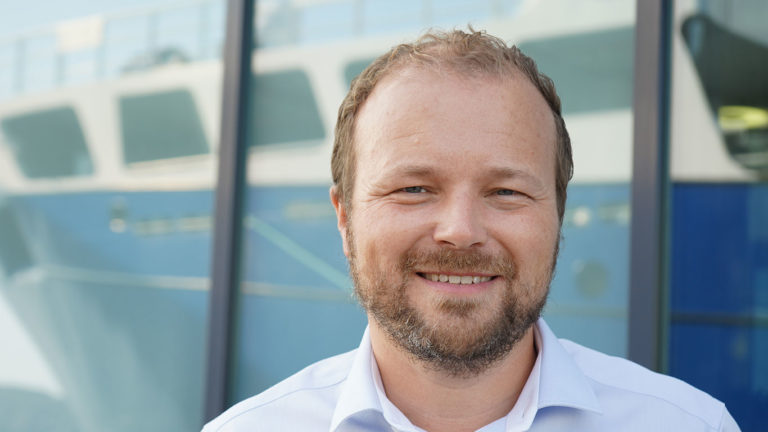 Tore A Tønseth is the investment vice president at Ronja Capital and has worked in the finance market for more than 15 years. Earlier appointments include share analyst in both SpareBank 1 Markets and Pareto Securities, with seafood, technology and industry as special fields.

He was responsible for seafood analyses at SpareBank 1 Markets from 2013 to 2019. At the same time, he was in frequent demand as a speaker in Norway on seafood, finance and sustainability. Tønseth also has a background from various technology start-ups, where he has been both product manager and system developer.

Tønseth has an MSc in economics and administration from the Norwegian School of Economics (NHH), specialising in finance and econometrics.

Ronja Capital is one our largest shareholders.

Kristofer Reiten has been CEO of Vikomar AS since 1995. This modern fish processing company specialises in the production, freezing and distribution of pelagic species.

With his experience and knowledge, Reiten wants to participate in realising a paradigm shift in Norwegian aquaculture by farming and creating a sustainable salmon on land – a fish which has swum in clean seawater from the Norwegian coast, which has not been exposed to lice problems and which has experienced minimum handling during its life cycle.

Reiten is one of our original owners and a substantial shareholder through his wholly owned Romsdalsfisk subsidiary. 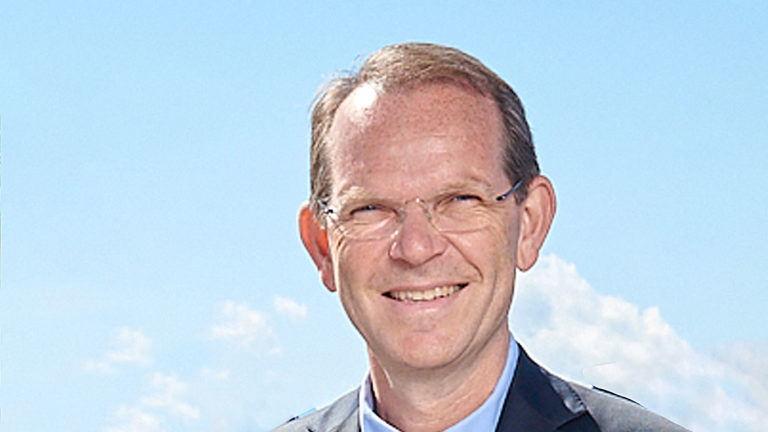 Frode Håkon Kjølås is the founder of SeaSide AS, which delivers solutions developed in-house to the aquaculture industry. This company merged in 2016 with Optimar AS, where Kjølås is currently responsible for research and development.

He is also a co-founder of and shareholder in Vital Seafood AS, which owns and operates two factories for producing oil and meal from absolutely fresh raw materials supplied by salmon harvesting plants.

As one of our directors, Kjølås is keen to gain an even stronger exposure to an industry which he knows well and has great faith in.

Kjølås is one of our shareholders through his wholly owned company Kjølås Stansekniver AS and through Møring AS, which he owns 50 per cent. 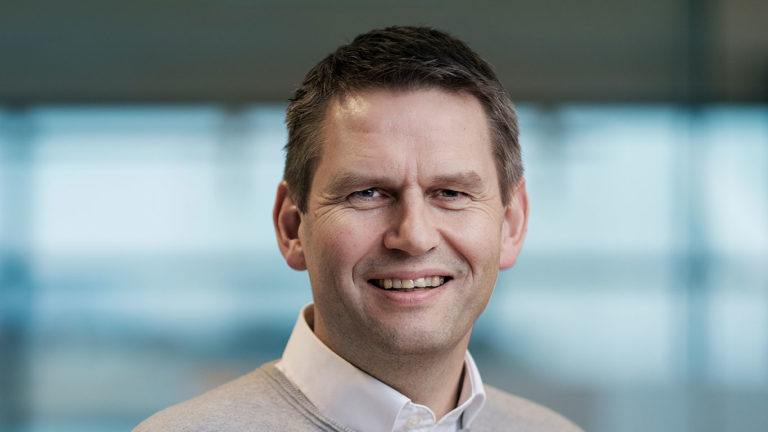 Peder Stette was 24 years old when he took over the family company, Peter Stette AS. By then, he had studied at the Ålesund engineering college and trained as an NCO in the ordnance regiment. He also worked for a time as an engineer at Midsund Bruk and the Langsten group.

Stette served as CEO of Peter Stette AS, which had been a supplier to the fishing industry since the 1970s, until it merged with Optimar. He is currently CTO of the latter, as well as serving as CEO for PP Stette and Stette Holding.

He took the view from an early age that fishing would be one of the most automated industries in Norway within a few years, and therefore expanded the company’s research and development activities in collaboration with its customers. As one of our directors, he wants to continue this thinking.

Stette holds a number of board appointments, including chair of Pir 1 Invest, Stette Eiendom AS, Stette Invest AS, Stette Holding AS and Nortwestcoast AS. He is also a director of North South Partnership Aid, Biaton AS, Stette Friskule SA, Ably Medical AS, Blue Ocean Lease Partner AS and Invisible Connections AS.

He is one of our shareholders through Stette Invest AS. 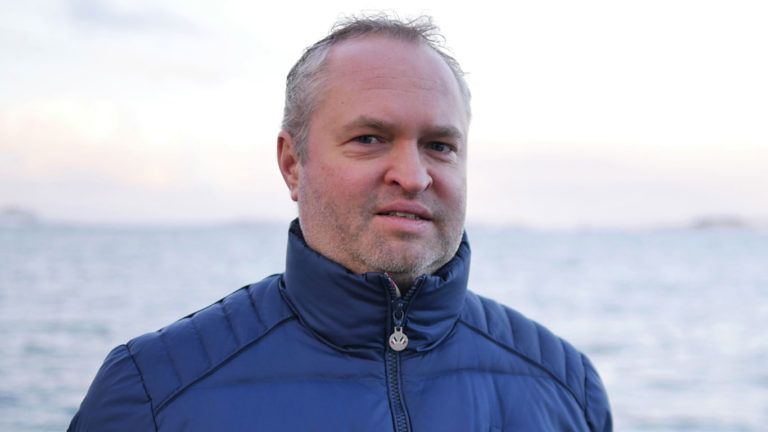 Glen Bradley is chair of Rofisk AS, which owns Rostein AS. The latter is one of the world’s leading well boat owners and ranks among our substantial shareholders.

He has the equivalent of a BSc in economics, strategy and international marketing, and more than 20 years of experience in the salmon industry. He is currently deputy CEO of Rostein AS.

As a director and shareholder, Bradley wants to use his experience and big commitment to the salmon industry to help us become an important company, both for the region and for our owners. 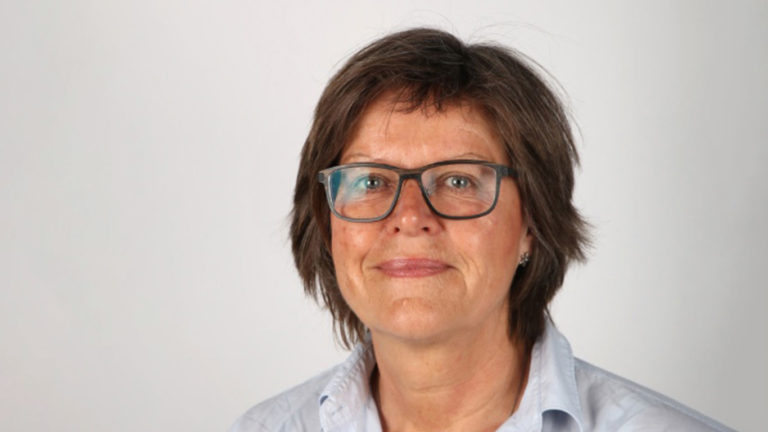 Anne Breiby has a BSc in fisheries biology from the University of Tromsø and experience as aquaculture coordinator for the director of fisheries in Nordland county, organisation secretary for the Norwegian Fish Farmers Association, political adviser in the Ministry of Fisheries and state secretary (junior minister) in the Ministry of Trade and Industry.

Over the past 20 years, Breiby has been self-employed with boardroom work as her main activity. She has board experience from Ulstein Group ASA, Rem Offshore ASA, Folketrygdfondet, Norges Sjømatråd AS and Sparebanken Møre. She is currently chair of Tafjord Kraft AS and St Olavs Hospital HF, and deputy chair of Akva Group ASA.

Yun Ki Yun is CFO of Dongwon Industries, one of Korea’s leading seafood companies. He has more than 20 years of experience in mergers and acquisitions (M&A) and finance, concentrating on M&As in warehouse logistics and aquaculture since joining the Dongwon group in 2017.

He began his career with CJ Group, specialising in media-related M&A. He followed CJ Group’s media involvement from a pure content provider to distributing content in the cable TV segment. He also worked earlier on derivative sales for Colling Stewart in Singapore.

Yun has a BSc from Yonsei University and an MSc in finance from London Business School.